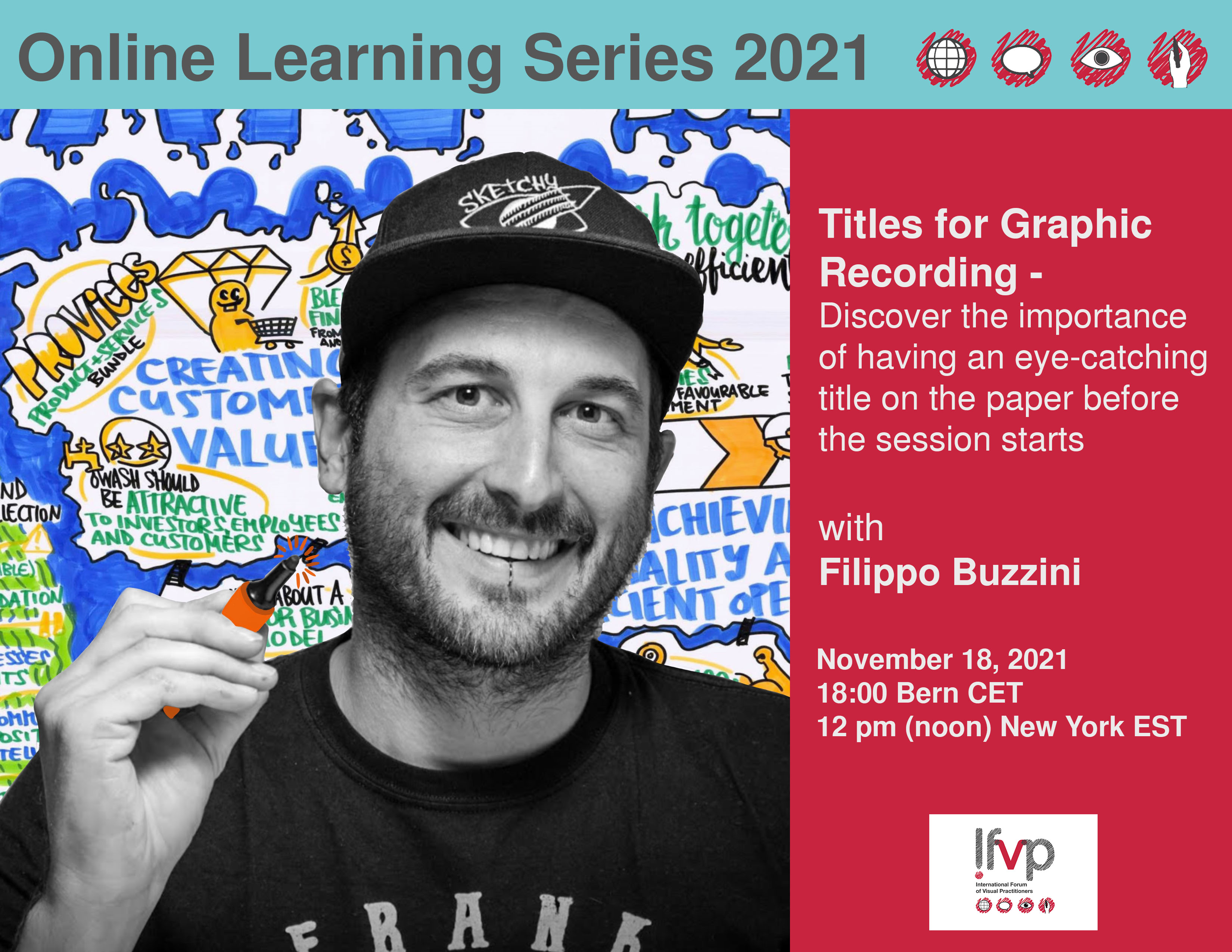 The title of a graphic recording is the first thing that someone sees when they enter the room. In some way, it is the 'elevator pitch' of a recording as it sums up in a nutshell what content it is all about. It is also often the only element that dominates a blank sheet of paper before the beginning of the gig and as such, it has the primary function of telling the participants: "Hey! Look here! Something important is happening and you should pay attention to it!"

Some visual practitioners might not agree with this, but if you feel that your titles don't fulfill this role, and either for lack of time, or inspiration, or interest, you never took the time to prepare an eye-catching title before, but you would like to do so, then this session is for you.

Filippo will talk about his routine preparation before a gig and will use some examples from his work to show you how titles can be lifted to the elevator pitch of the recording. He will also share tips and show you some techniques on how to make titles when you are short on time and you will have the chance to practice them and to ask him questions.

Please have your favourite markers at hand and the largest sheet of paper you can find (titles ought to be BIG). Filippo's personal choice, next to a pencil and eraser would be Neuland markers: Outliner, a light colour and a dark colour in sizes NoOne and BigOne as well as a FatOne in the light colour. Feel free to bring more.

Filippo 'Sketchy' Buzzini is a Swiss-based visual practitioner who is obsessed with titles and lettering. Since he started his company Sketchy Solutions (www.sketchysolutions.ch), a bit over 150 graphic recording days ago, Filippo has tried to challenge himself to do something different in every recording and this has pushed him in experimenting a lot with titles. He works in 5 languages and dreams of having to work for a client in Antarctica, so that he will have had at least one in every continent.