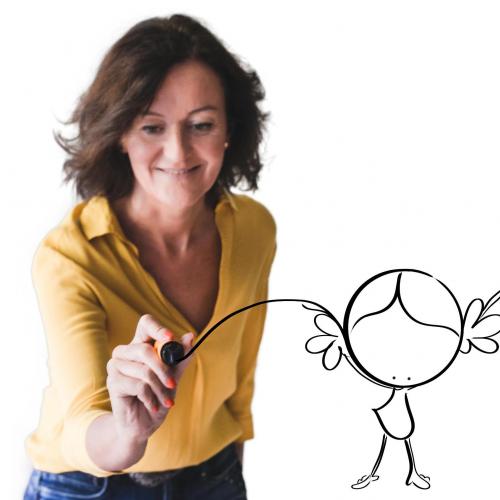 My basic training is supported by the bachelor’s degree in Economic and Business Sciences by the University of Deusto (1997). At the start of my professional activity, between 1997 and 2000, I was coordinator for Gipuzkoa del Euskadiko Gazteriaren Kontseilua/Basque Youth Council (1998-2000), public law entity of the Basque Government, which coordinates organizations in favour of public policies for the youth.

My training together with my personal concerns led me to Mexico where between 2000 and 2003 I coordinated the Human Resources department, in IPODERAC – Puebla (Mexico), an organization that works for the integration of street children. (www.ipoderac.org.mx/). During this period I combined my professional activity with teaching at the Iberoamerican University- Puebla, Mexico (between 2000 and 2002). During that time, I was able train in the Certification in the Management of non-profit organizations programme by the University of Monterrey, World Bank Institute and CEMEFI (Puebla, Mexico). On my return from Mexico, I trained in the Master in Development Cooperation by the University of the Basque Country (2003), and during 2003 and 2015 I was coordinator of the International Cooperation department of the ALBOAN Foundation 2003-2015). During this time I complemented my training in Leadership and social innovation in ESADE/Institute for Social Innovation (2001) and the Ignatian spirituality and the Social Leadership (2008-2010).

In 2011 I started-up the Muxote Potolo Bat proposal. During the first years I combined both activities in parallel. The company (Muxote Potolo Bat SL) was created as such in 2012. And from this activity I had the opportunity of being invited researcher at the Boston College School of Social Work (2013) where I discovered the potential of the #Visual Thinking in the work with the organizations, companies and communities (the work that I had performed up to then) with visual language (the activity that was awakening in the area of the company, now created, of MPB SL). As a result of this time, she wrote, co-authored with Fernando Vidal, the book in spanish Pensamiento Visual, Murales para innovar (Visual Thought, Murals to innovate) (ed. Mensajero 2015).

Since 2012 part-time and from December 2015 full-time, I dedicated my time and my energy to the development of my company (www.muxotepotolobat.com) dedicated to Design, Communication (products and services), and Visual facilitation (Visual Thinking+ Team coaching + Organizational Development).

My main activity is between the strategic management and the management of the company putting special focus on the growing development in the area of the #VisualThinking, offering strategic consultancy services, team coaching and the Graphic Facilitation (Eye Kontact).

During this last time I certified myself in Team coaching (EMANA, 2016), Advanced Team coaching (2018), the Systemic Accompanying in Complex Organizations (NORGARA, 2016) and the U Theory (Presencing Institute, MIT-Massachusets) among others, which allows me to better support the organizations that require our services. In addition, I have been trained as Consultant in culture transformation tools in Barret Values Centre (2017), where II now participate as a collaborator together with Equilia.

In parallel I have trained with Kelvy Bird in “Generative Scribing” (Cologne, 2018) in the “The Lab” of Brandy Agerbeck (The Hague, 2017) . And I am currently part of the IFVP Board of Directors (International Forum of Visual Practitioners).

Currently I offer on-site and online training in collaboration with emana.net, bringing the #VisualThinking to the work with people, teams and organizations; as well as deploying the #VisualLanguage in-company for the development of effective communication and the strengthening of cohesive, motivated and more efficient teams. I am also teaching at Deusto University Visual Language, bringing soft skills and management skills through different departaments and programmes.