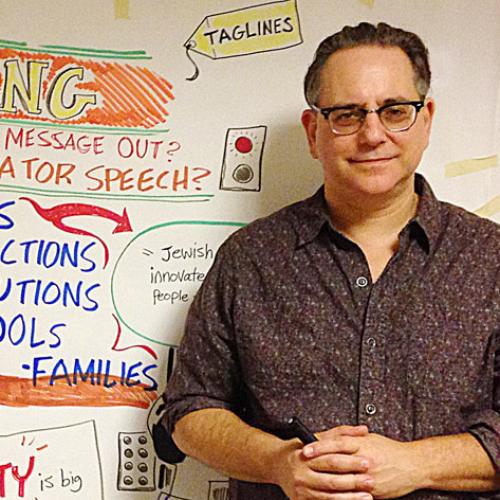 Breakthrough Visuals
WyncotePAUnited States
www.breakthroughvisuals.com
Email Terry LaBan, Email Terry LaBan Call Terry LaBan
“Terry really captured the essence of our discussions. We will be referencing his creation in our planning for months to come.”--Tamela Luce, The Healthspark Foundation

Terry LaBan's lifelong passion for telling stories with words and pictures led him to a decades-long cartooning career. Now he works with facilitators and organizations, using the power of graphic recording to reach audiences and facilitate group processes. He is located in the Philadelphia area, but is happy to travel to wherever he is needed.

Terry's cartoons and illustrations have appeared in publications like Mad Magazine, Nickelodeon Magazine and Details and he's created and written comic book series for numerous publishers, including Dark Horse Comics and DC Comics. From 2001 until 2016, he created the daily comic strip "Edge City," which was syndicated by King Features Syndicate and appeared in newspapers nationwide. Terry teaches classes in graphic narrative as an adjunct professor at The Philadelphia Academy of the FIne Arts. He has a MS in Digital Design from Philadelphia University and a BFA from the University of Michigan and trained as a graphic recorder at Alpha Chimp Studios in Nashville, TN.