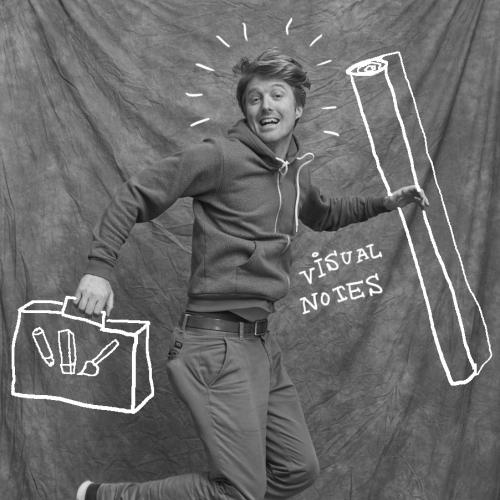 Wytze Veenstra has been graphic recording as early as high school, but did not know there was a name for that the time. After finishing college he worked in advertising as an art director. He was responsible for various campaigns, for major national and international brands, before picking up on Graphic Recording in 2011. After working as a freelance graphic recorder and facilitator, Wytze started his own company in 2014: Visual Notes. Visual Notes offers graphic recording, visual facilitation, and visual consultancy as well as learn-to-visualize workshops.